A Review of Stories By Scott McClanahan 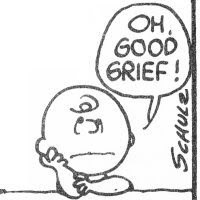 The cover of Scott McClanahan's book of short stories has the mug shot of an 1930's felon with a bright yellow background. So just on a quick glance at the cover, I was expecting hard-boiled stories about low lives in the mid-west. To my pleasant surprise, the book was funnier than I thought it was going to be and if a book can make you laugh out loud at the characters and situations, then that's a book that I will highly recommend. Mainly because comedy is difficult in literature. Not every writer can be what's his face - Amy Sedaris' brother. Sorry, I'm an Amy Sedaris fan. I forgot her brother's name. But I hear his books are funny. Stories by McClanahan is like watching Charlie Brown go through puberty into young adulthood in a West Virginia setting. And I have no idea where Charlie Brown was from. Anybody? McClanahan gives us the set up and paints a nice picture of the type of person the narrator is right from the get-go in the first story Randy Doogan - which wasn't even my favorite story in the book. In that particular story, the narrator, a fellow also named Scott, is telling us about the last good deed he did and the consequences. By the end of that telling, he has become a kind of Charlie Brown character which to whom strange, funny things keep happening to. Scott the character gets taken advantage of, gets bullied by a homeless guy, and is a witness to various people getting run over by cars. What I liked about the narrator, is that he never once judges the characters or situations and just presents them as they are. The book concentrates mostly on the town of Rainelle, its quirky inhabitants, and the narrator's adventures sprinkled through out. From beginning to end we encounter flying possums, people that prefer to be arrested in protest of getting speeding tickets, funky beatific strippers, and bums that interrupt your daily living just because they can. The book reminded me a lot of Jesus' Son by Denis Johnson. The narrator is also a kind of everyman with a unique way of looking at his world and the special characters that inhabit it. What makes this book work is that McClanahan knows his subject. He knows his character's strength, weaknesses and what ever makes them tick. There are some characters that jumped off the page like the main character in The Rainelle Story. There are short-shorts like The Chainsaw Guy which had me laughing out loud. From the beginning of every story it was difficult to determine where Scott McClanahan was taking the reader. I would compare Scott McClanahan the narrator to a modern day George Willard from Winesburg, Ohio. There were a lot of stories, specially Poop Deck Pappy that had me thinking about George Willard and his quirky townsfolk. The weakest stories in the collection might be a couple of the vignettes but they are not so poor that they bring the whole book down. And they also help paint a better picture of the narrator and his family. The book is very enjoyable and very funny. The publisher, Six Gallery Press, has been churning out top quality literature by interesting and innovative writers like Noah Cicero and Che Elias. Reading books like Scott's makes me very happy about the state of small publishers in the US. Despite the odds, these small publishers are releasing quality work. And mark my words they have their nose to the ground, and the next important literary movement and/or author will come from there. It's just a matter of time.
Buy Stories by Scott McClanahan at Amazon HERE
Check out Six Gallery Press's list of books HERE
Posted by mi patria es la literatura at 7:38 AM