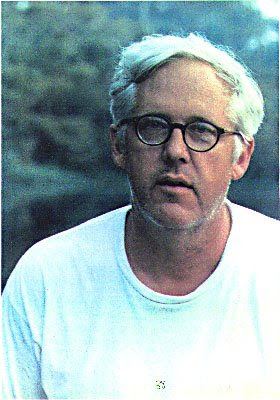 Jack Saunders is a true blue Florida writer. He is the real thing and in this day and age, they are scarce. What I enjoy most about his work is that it's soaked in Florida cracker lore and culture. He is our own Marcel Proust, as he works on an immense epic novel that he posts online. Parts of this massive literary feat have been published via traditional channels through out the years. One such volume that was published not too long ago by Pat Simonelli's Lit Vision Press was Bukowski Never Did This. I also highly recommend Forty, which could be his most accessible work. Jack Saunders reminds me of The Ramones. Like The Ramones, he is an immensly inspirational figure. To remain in the underground for so long, puching out volume after volume despite constant rejection by the mainstream is an odyssey of Herculean proportions. I salute you Jack Saunders, Florida writer.


1. What is your idea of perfect happiness?

Used to be letting my loved ones down. Now, I can't think of any. I let them down and they still love me.

Most of the people I admire are dead or old. When they die, I think, "Oh yea. I admired him." Alive, they're out of the limelight. Private.

I steal time to write. From my employer and my loved ones. I stole 38years.

Is it's important to you it's not overrated.

I haven't noticed any pattern to it.

I could stand to lose some weight.

Anybody associated with George W. Bush. I don't much like him either.

A sense of humor. Intelligence.

Intelligence. A sense of humor.

So far, my wife Brenda.

Just writing about that. On sabbatical after Lucent Technologies laid me off. I was on unemployment.

Sing and play a musical instrument.

I worry too much.

Writing the great American novel without a lot of encouragement and support.

Don' want to come back. Pretty sure I'm going to die.

Where I live now. Parker, Florida.

Don't own anything I can't do without.

Writing hardback books for money. Haven't done it yet, but still hope to,before I die.

Irritable and preoccupied by writing.

Soon. Go to sleep and not wake up.