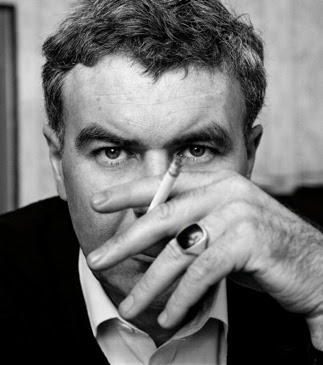 I once worked as a busboy at a little bar in South Miami called Fox's Sherron Inn. The place has been around since the 40s, and in the interior has the ambiance of a cave and a speakeasy. I met a writer there once who highly recommended Raymond Carver. So I ran to the bookstore and bought "Will You Please be Quiet, Please?"; Carver's first short story collection that came out sometime in the 70s. But anyway, this writer, who shall remain nameless, advised me to read a particular short story in the collection called Nobody Said Anything. I was young and stupid and I didn't really like the story or get the ending. To me, at that time, Carver came off as a boring Hemingway. Or Hemingway if he'd stayed in the USA. The prose was very similar to Hemingway but I didn't real care about the characters. Let's face it, most of the characters in Carver's stories are has-been people, victims of poor uninspired living, jealous people, sad married couples; beat down folks basically. As I grew older, my opinion changed. I can more clearly see Chekhov over Carver's shoulder's now. But it was mostly living that made me appreciate Carver 's stories more. It's also scare to think how Carver belongs more to say, a Bukowski kind of writing than Updike or any contemporary of that time. Yep, Minimalism was what they called it and there were a bunch of them.
So I was reading Stephen King's review of Carol Sklenicka's biography Raymond Carver: A writer's Life. ( And was it ever!) King mostly focuses on the fact that Carver was an asshole, and an alcoholic. Then he talks about how Carver's editor at Esquire heavily edited most of his stories. King even gives a couple of examples to show how Carver's stories would have been better without the editing. That with the editing they lost their heart. Despite, that, King still gives Gordon Lish some credit. So my question is, so how did Carver become known as such a great writer? So without Gordon Lish's editing, would he have been greater? The point that King is making is that Lish made the stories darker. He cut out the heart in them. Pretty fucked up. I can see King's point, but then would we even be talking about Carver if Lish hadn't edited him? Would his books be as popular? Who the fuck knows. There is a new compilation of Carver's stories that is coming out, before the traumatic editing. So I guess we shall see. Either way, it's funny how Raymond Carver came back into my life this last week without me even thinking about it. I just picked up his book and started rereading those stories that left me unimpressed so long ago and I found myself captivated by every word and coma. What to do know? Which Carver to love? The Post Lish or the pre Lish??? Who the hell knows. I guess, perhaps, sometimes it's better for a writer to remain a ghost as long as he can before being truly discovered. Isn't funny how important that first contact a writer makes with an editor or publisher is?? Your whole future depends on someone believing in you. And if they think you should write a certain way, well, most writers will probably agree, specially if they're just starting out. So I call on writers to not seek fame or publishing, but just simply write. Go to a cave and write.
Posted by mi patria es la literatura at 7:47 PM