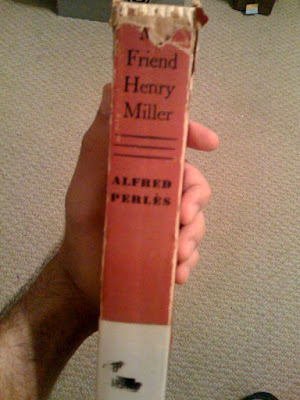 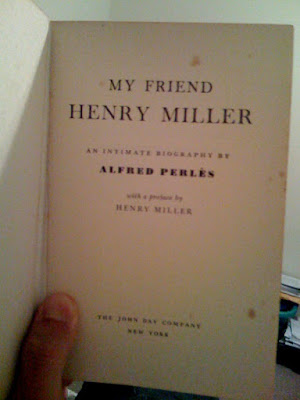 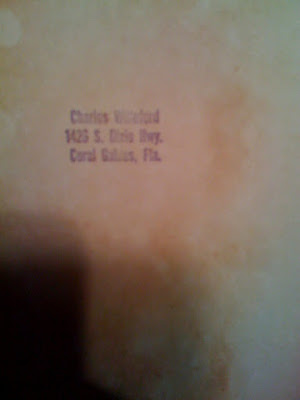 I was looking through my old books the other day, and I seemed to have discovered a book that once belonged to Charles Willeford, the author of Miami Blues. Charles Willeford was a Florida writer that was well known for his highly literary pulp novels. He made it really big in the 80's with Miami Blues which became a series about the detective Hokey Mosley. They even made a movie starring a much slimmer Alec Baldwin. The book that I believe belonged to Willeford is Alfred Perles' My Friend Henry Miller. It's a Henry Miller biography by someone that was there in Paris during the writing of Tropic of Cancer. What leads me to believe that the book belonged to Charles Willeford is that there is a stamp in the book with his name and address. As you can see in the photo. And since Charles Willeford taught at UM and Miami-Dade College where I bought the book during a library fire sale, I can safely say that I have a book that belonged to one of the greatest pulp writers of all time. :)